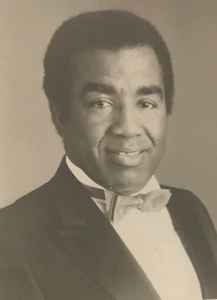 Grew up and went to school in Richmond, Virginia. In the mid 1950s, when he was in his late teens, he moved with his mother to New York City. He excelled at sports and he boxed as an amateur into his early twenties.

Middleton joined the group The Willows (before 1954, known as "The Five Willows") in 1952 and became their lead singer, recording and performing with them until late 1957 when he went solo. Though Middleton recorded more than 30 solo singles, he also cut many more demos and commercials.

His voice was used on a movie score when he moved to Paris, and his name has been linked with some of the biggest names in the business like Burt Bacharach, Michel Legrand, Stan Applebaum, Leiber & Stoller, Johnny Pate, and Klaus Ogermann, amongst others.
Sites:
YouTube, tonymiddletonmusic.com, soulmusichq.com
Aliases:
Tony Milton
In Groups:
The 5 Willows, The Willows
Variations:
Viewing All | Tony Middleton
A. Middleton, Anthony Middleton, Middleton, T. Middleton