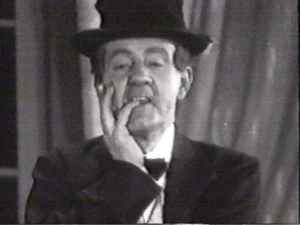 Real Name:
Robert Wilton Smith
Profile:
British comedian, and comic actor who was mainly active in films during the 1930s, though he began his career in the theatre in 1903, and was still making the occasional appearance in the 1950s; his final film being 'The Love Match' in 1955, 2 years before his death.

He was a great-uncle of Robin Askwith.