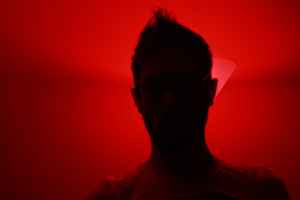 Taking his name from the “Cyberpunk 2020″ off-shoot card game “Netrunner”, the Rochester, NY producer’s cyberpunk influences are evident as he skillfully paints each sonic soundscape with expert precision and meticulous attention to detail. The artist describes his music as “a mixture of every influence I’ve ever had, past and present. As the general idea of this project is a way to describe the future I anticipate, the sounds and styles themselves are an homage to every song that has already taken me there.”

Access to Arasaka has released two full-length CDs 'Oppidan' in 2009 and 'void();' in 2010, both on the Tympanik Audio label.
Sites:
accesstoarasaka.com, Bandcamp
Aliases:
Rob Lioy
Variations:
Viewing All | Access To Arasaka
AtA

May 8, 2022
This guy is a master, pure genius. His music is accurate in every little detail. Great artist
Reply Notify me Helpful

August 5, 2021
So talented!
I think he is better than Autechre!
Reply Notify me 1 Helpful

August 2, 2021
Guess who's back, back again It was empty without him! ;)
Reply Notify me Helpful

May 9, 2011
I love his art.one of the new(for me)composers & producers in this time of electronica.Today everybody are electronic artists and mass music producers.golden age of electronica 1988-2005.Remind me on some fusion of Rephlex rec.+Planet mu rec.Not quite,but....
Reply Notify me 1 Helpful

September 29, 2010
One of the most talented IDM producers out there.
Reply Notify me 5 Helpful